The Causes We Support

Operation 8-Bit proudly supports those charitable organizations that in turn support the families of those who sacrifice to protect the rights and freedoms for us all. 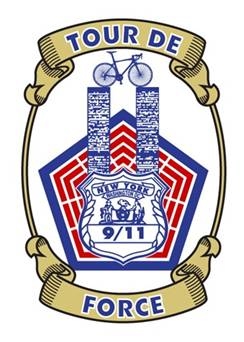 The “Tour de Force 9/11 Memorial Bike Ride” was started in 2002 when a small group of Law Enforcement Officers decided to ride their bicycles from Ground Zero in New York City to the Pentagon in honor of the fallen police officers that gave their lives in the September 11, 2001 attacks.

From those humble beginnings, the TDF has evolved into an annual four day event in which we continue to remember our brothers and sisters that died that fateful day. In their honor, they have made it their mission to raise funds for families of Law Enforcement Officers nationwide who are killed in the line of duty each year.

Each September, law enforcement officers from around the country depart on bicycles and journey approximately 300 miles along the east coast to support this cause. Each and every rider participates in raising funds to support what we truly believe is a wonderful and very worthwhile endeavor.

Our founders have been avid supporters of the Tour de Force 9/11 Memorial Bike Ride since shortly after it began back in 2002. It is from that cause that Operation 8-Bit was born.

The Armed Services YMCA provides hands-on, innovative, specialized programs and support services to military service members and their families with a focus on junior-enlisted men and women - the individuals on the front lines of defending our nation.